Father's Day is quickly approaching. For me, it always reminds me of how freaking lucky I am to have the BEST Dad in the world. When I was little, I always wondered if as a Dad to two girls and being kind of a guys guy, did part of him wanted a son. Before we found out the sex of MadeWithHappyGirl, we asked our family to write a letter to baby Ward predicting their gender. My Dad wrote one of the sweetest letters I've ever read predicting a girl stating that because he had two girls that were the best two things that had ever happened to him and he would not have wanted it any other way. Shoot, now I'm crying and I'm only a few sentences in. 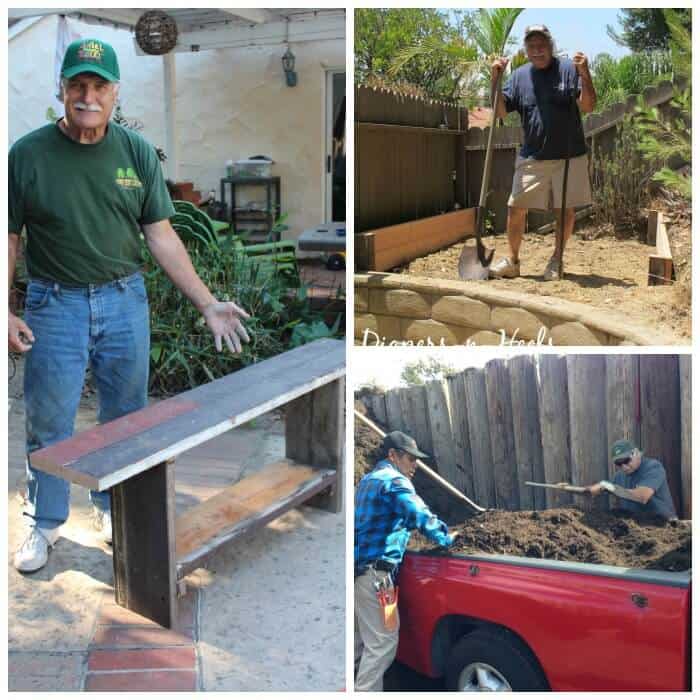 My Dad. For those that know him, know him as an always smiling burly man who loves working on hot rods and or and or lately being featuring on his daughter's blog as Diapers-n-Heels DIY Dad helping on all kinds of projects. P.S. I'm coming up with a new Made with Happy name for him soon!!!! We have a number of projects to share including raised walk-in garden bed, my new craft wall, and the Deck Demolition completion. For me, I know him as hard working, kind, HAPPY person that would do ANYTHING for his girls without hesitation.

My first year in college I attended San Diego State University. It was about 45 minutes from home and I lived in the dorms. My car was a candy apple green 63 vw bug that was always having trouble. In any case, I was at the library late one night, maybe 10:30 or 11, when a police officer walked in and yells my name. Gulp... stomach sink. I picked up my bag and hesitantly walked over to him with all kinds of horrible thoughts running through my mind. He took me outside and proceeded to tell me that it appeared to him that my car gas line had broken and was leaking gas through out the parking structure and that they had to shut down the parking garage because they didn't want a spark to hit all the gas and cause an explosion. UMmm... what? Definitely not one of the 15 different thoughts that had gone through my head. WHAT THE HECK AM I SUPPOSED TO DO NOW?

Well I did the only thing I knew to do and called DAD. He not only answered my call(pretty cheery if I do remember), but he told me wait right there and he would be there as soon as he could. Less than an hour later, in the middle of the night, my Dad was there, with his tools and towels and he not only fixes the car, he was able to clean up the mess so that they could open the parking structure again. SERIOUSLY???

At the end of the fiasco, he gave me a hug and a smile and told me to get to bed so I can kick butt on the test in the morning and then he drove home. He never once made me feel bad about getting him up in the middle of the night or that he had to drive so far. NEVER! He is the epitome of unconditional love. Okay, crying again... 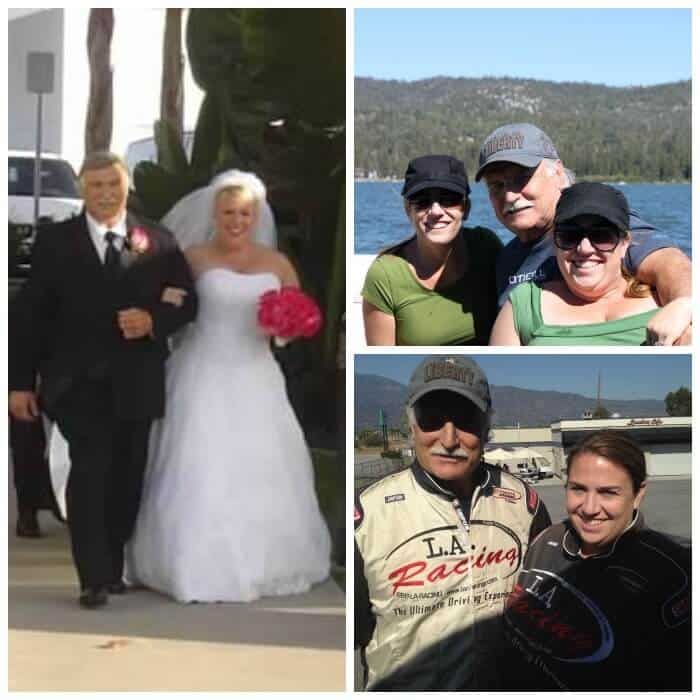 Needless to say, that I feel blessed beyond words every father's day and this year is no exception. There is something about a Dad's smile that makes everything better. Even in the middle of the night when you almost blew up the parking garage!

Oral-B at Target understands Dad's Smile and is hosting a Sweepstakes with over $1000 in prizes starting June 2! To enter, just share a photo of you and your Dad on Twitter or Instagram using #oralbsweeps between June 2 and June 15. You could win the Father’s Day Power Bundle which includes the Oral-B Black ProfessionalCare 1000 Rechargeable Toothbrush (#1 dentist-recommended toothbrush brand worldwide), the Braun Series 7 760 shaver (technology for a close and comfortable shave) and a $250 Target GiftCard! HECK YEAH!!! Go and enter!

I hope you and your Dad have the HAPPIEST of Father's Day and that its filled with nothing but smiles!

I was selected for this opportunity as a member of Clever Girls Collective and the content and opinions expressed here are all my own.

Hi- I'm Alli Ward, the Maker behind Made with Happy. I'm a color obsessed creative mom of two sharing easy crafts, printables and home DIY Projects that the whole family will love!