I'm so excited to announce another fun series this Summer.

Is that not the cutest freaking logo ever? I'm in LOVE!

What is SUMMER without CAMPING? And what is Camping without HAPPY? Umm, not HAPPY, and that is so not anything we want to think about here. 🙂

I'm super excited because over the years we've actually turned into some pretty good campers here at MWH. Quick story. When MWH Dad and I were first dating, we decided to go on our first trip together. Out to Arizona to visit his brother, then up to the Grand Canyon to camp. Neither of us had any kind of camping gear, and not thinking too much into it, we asked a friend to borrow their two person tent and we were on our way. We arrived at the Grand Canyon and were hiking down the rim of the canyon, both in shorts, working up a sweat. Keep in mind this is early April and you would have thought when we noticed the snow on one of the rims, one of us would have had a second thought about the temperature, NOPE. Later that day we found our camp site, hit up the camp store for some fire and grilling utensils and we were good. That was until about midnight, when we quickly realized why there was snow on the ground. It was sooo flipping cold. The tent we borrowed was a summer tent and had no roof and did nothing to keep us warm. We were both so cold and neither wanting to be the first to admit defeat and pack it up. One of the longest nights of both of our lives and we fowed never again to go camping un-prepared. Live and learn! 🙂

Camping! Have you gone this summer? We've gone once this summer and are actually headed out to our second camping adventure this weekend. To kick off the new series, I thought I'd share with you my favorite camping treat. Its not s'mores, its 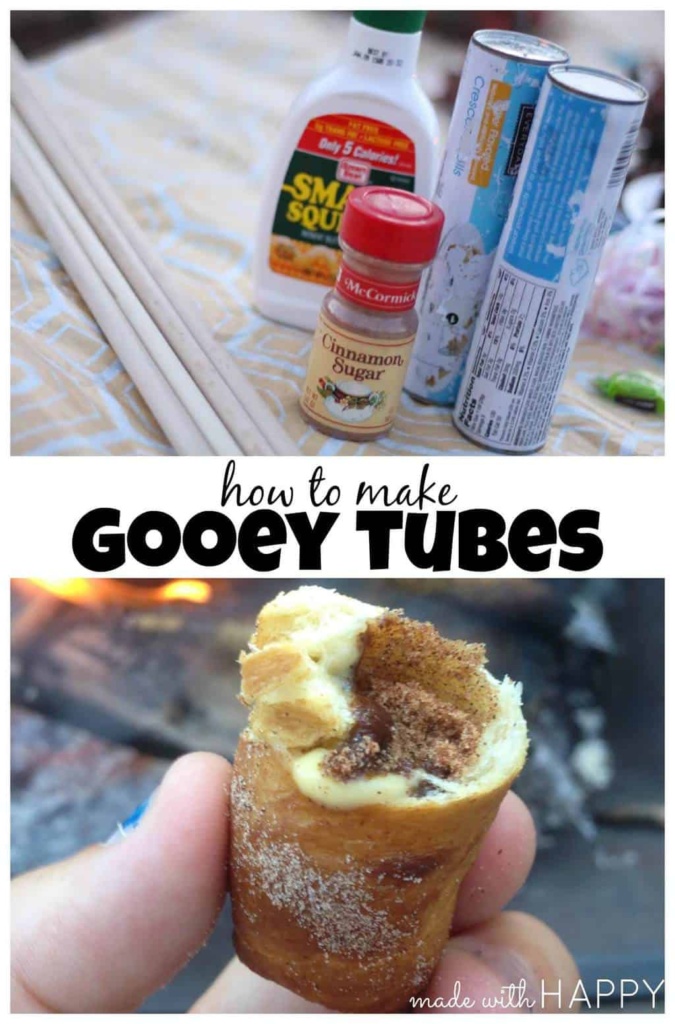 Its one of those treats you will make once and is guaranteed to make it to each of your camping trips from here on out.

Okay, here's what you need. 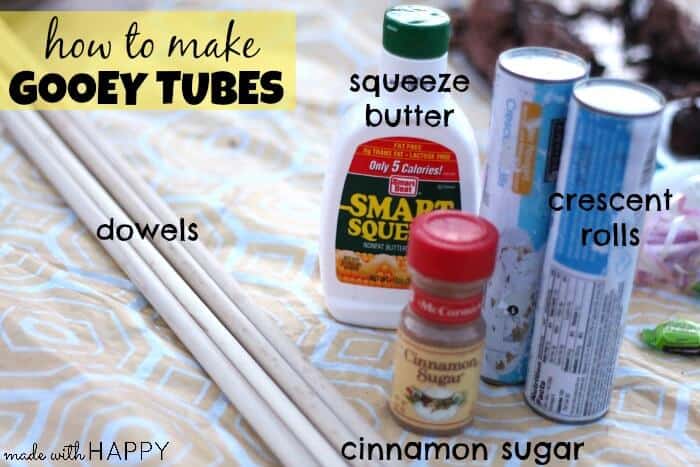 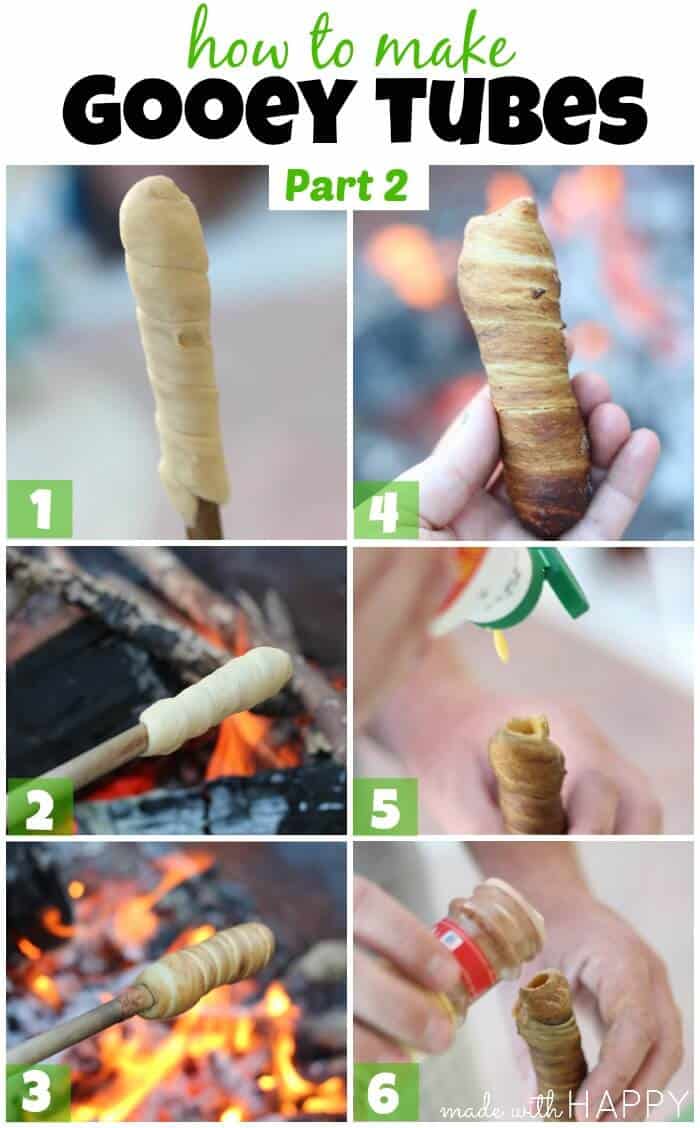 Optional at this point, and by optional, I mean on your third gooey tube you may want to push a piece of chocolate from your s'mores stash down the tube right off the fire. It melts at the bottom and well, its unbelievably delicious as well. 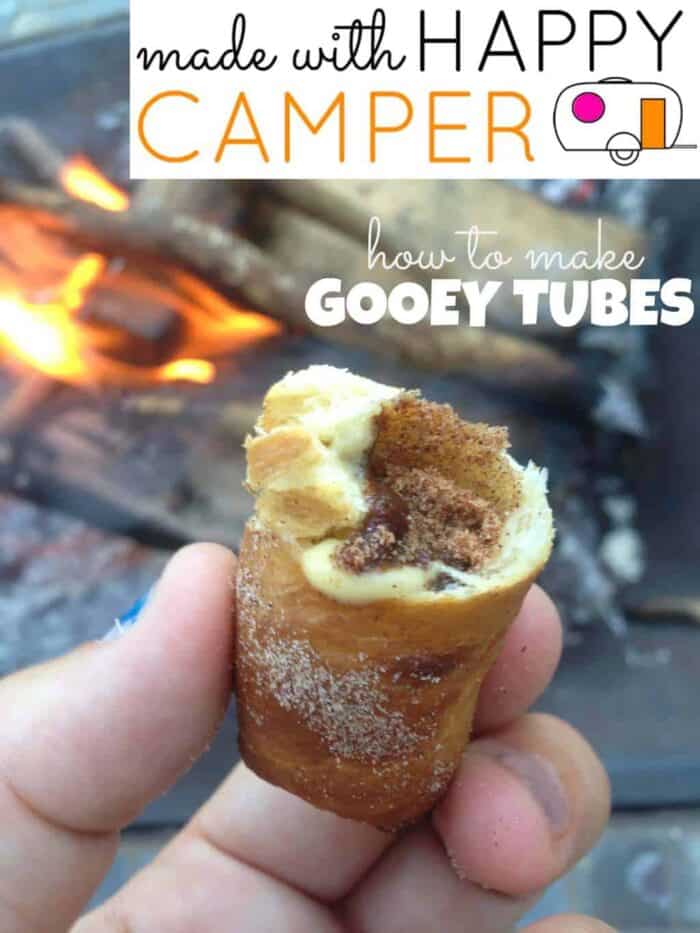 There you have a tiny piece of camping heaven. The dowels can last for many many uses and we only recently decided to purchase a few more after maybe 5 years of using the first ones. 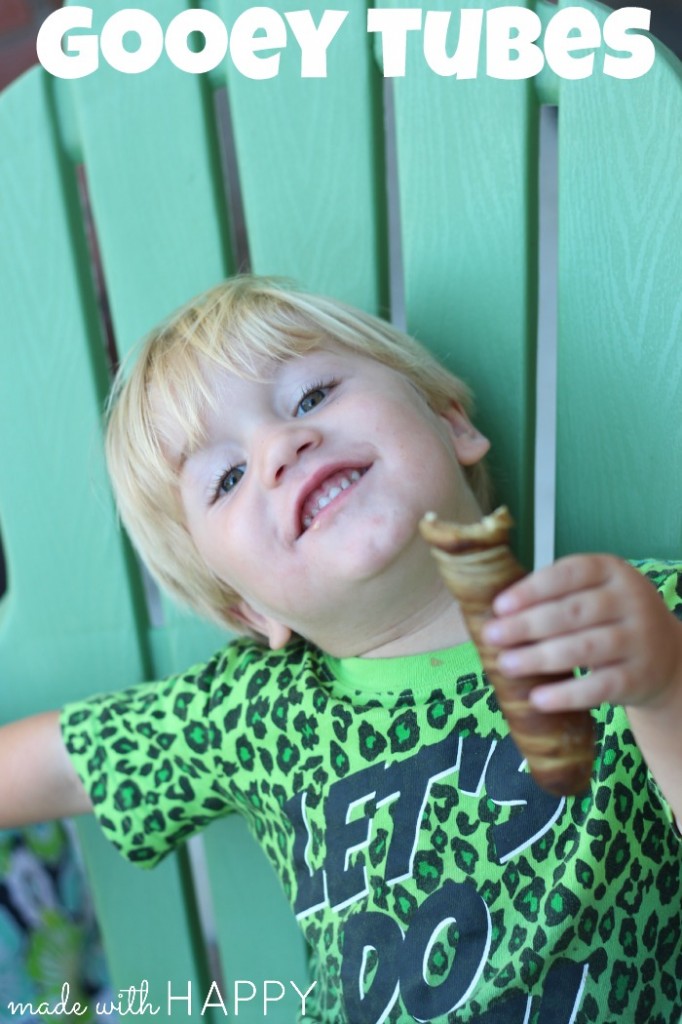 They will soon be a family favorite(like my family's) as much or even more than s'mores. I promise.