We are continuing on our Bachelor in Paradise, season 3 recap along with  a fun paradise cocktail series. This week's yummy drink - Spicy Watermelon Margarita! 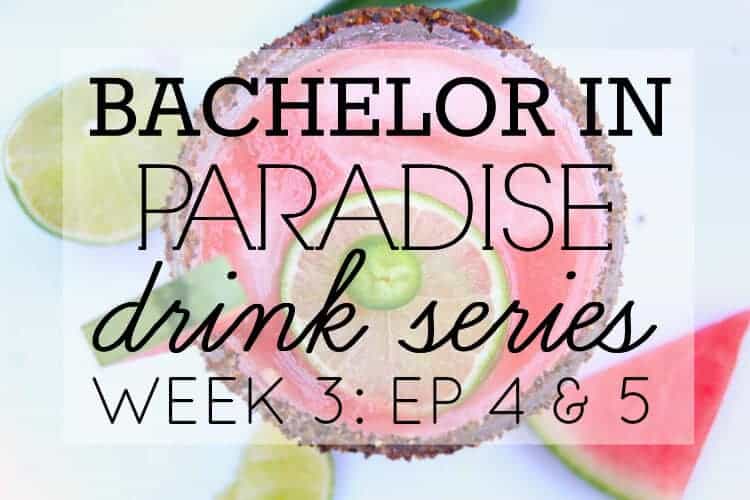 Drama. Drama. Drama. I'm already a little confused with what's going on in some of these peoples' heads but I'm sure I'm not alone. This week, a couple of new people showed up and some others went home.

So remember how Carly rejected Evan and said that she wasn't into him at all? Well, that changed a little bit because she ended up giving him her rose at the rose ceremony. I was slightly upset because I feel like he's really weird and he likes to stir up drama. But after that happened, Evan saw that as a new door opening up for him. Carly also wants to play it right because the men now have the power at the next rose ceremony. So she ends up making out with him.

As for Grant and Lace, they're still doing really well. Same with Izzy and Vinny. The four of them actually got to go on a double date, where they had dinner together and then went out to a bar. Lace almost fought some random girl for throwing water on them but Grant calmed her down and they just ended up leaving. Although I'm happy for Lace and Grant, I still think she has a crazy side.

Sarah gave her rose to Daniel, Haley gave hers to Jared and Emily actually decided to save her good friend Nick. I was happy about that because I really like Nick and I wanted him to stay. I'm rooting for him.

Caila, from Ben's season, arrives in Paradise and has her sights set on Jared. She chooses him for her date and when they get back Jared basically tells Haley that he wants to be with Caila instead of her. Caila and Jared really hit it off.

The twins are starting to annoy me with their lack of personality and common sense. Time for them to go, in my opinion.

Ashley I. arrives.... dun dun dunnnn. Her and Jared were in a relationship last season and they ended up breaking up. Not to mention, her and Caila were friends before this and apparently Caila told Ashley that if she went to Paradise, she wouldn't go for Jared. Oops.

Ashley ends up asking Daniel to go on her date because he's the only one that's not really in a relationship yet. They actually really hit it off. They had a good time together.

Then Jen shows up. She talks to a couple different guy but then she ends up asking Nick to go on a date with her. YAYYY! I'm ready for Nick to find someone. They ended up having a really good date and they even kiss.

Nick gives Ashley a reality check by telling her that she'll never be with Jared.

Of course the rose ceremony won't happen now until next week. I can't wait to see who goes home and who stays. I'm curious about Sarah, Ashley, and the twins.

Okay, now for the best part... the beverage!!

This week we're sharing our yummy 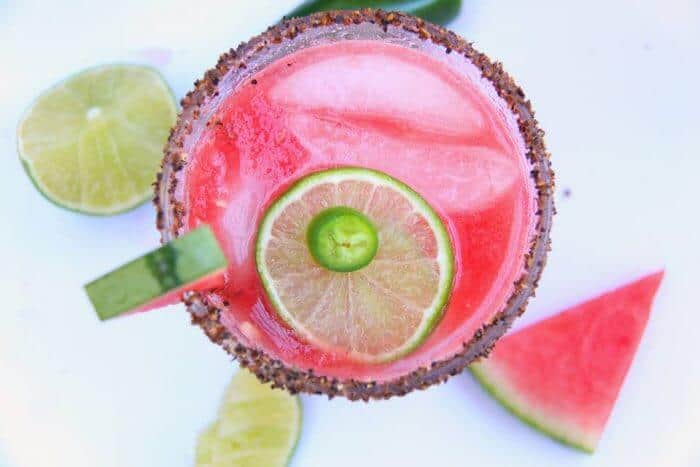 CHECK OUT OUR OTHER BACHELOR IN PARADISE COCKTAIL SERIES