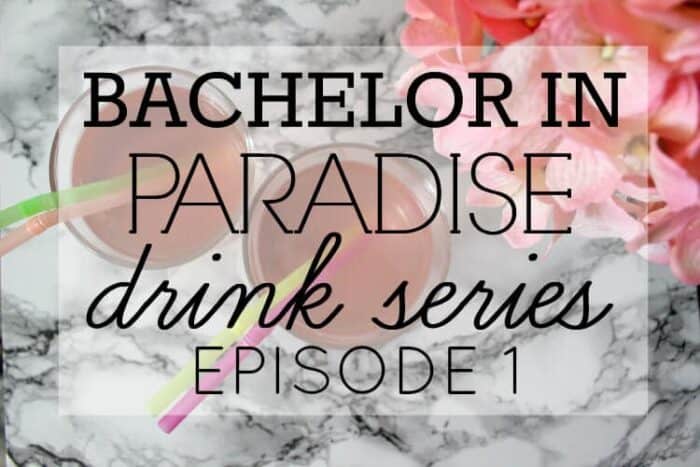 Bachelor in Paradise Season 3 has officially begun!! We are so excited to start this season off with weekly posts. Each week, I will recap the episode and give my opinions. And the best part: we'll be putting together a beachy cocktail for you to enjoy! We're so excited.

This week's cocktail: The Tipsy Dolphin. Stay with me 'til the end to get the recipe.

This week is the very first week and the episode started with some favorites including Sarah, Jared, and the famous twins. Also present were Jubilee, Daniel, Chad, Evan, Amanda, Nick, Grant, Izzy, Vinny, Lace and Carly.

First impression of Daniel was not too great. He rubbed me in a weird way on Jojo's season but he's already off to a bad start in paradise. He came in basically saying that the girls there were ugly and he was hoping for some more attractive ones to come along. Then his BFF Chad arrived. Those two love birds discussed how they're the only good looking guys there. Personally, I don't think Daniel is attractive at all.

Jubliee has her heart set on Jared. She got the first date card and she asked Jared to go with her. They're so nerdy together on their date, it's adorable. And then......... A FREAKING CLOWN POPS OUT. Like what?! So random. But then they start to hit some pinatas and it goes back to being somewhat normal. 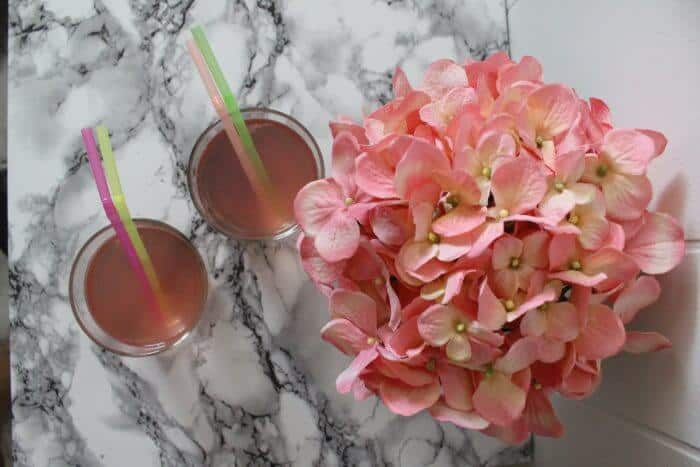 Izzy and Vinny have become a thing, which is interesting. I don't really know much about Izzy because she went home pretty early on in Ben's season but I like Vinny. He seems genuine and they really like each other so I have hopes for them.

This week, the men get to hand out the roses. So whichever girl or girls that don't get a rose, go home. Each week, it switches off. So next week, the ladies will be handing out roses. And throughout the season, more people will come as people leave.

Back to Chad. As the night goes on he just continues to piss more and more people off. Besides disrespecting Lace over and over until she finally says she's done with him, he then disrespects a group of girls and Sarah finally stands up to him. They get into an argument and he's just so drunk that she ends up walking away, crying because she's so frustrated with him being there.

He ends up passing out (next to a crab). He also pooped his pants. OMG. The next morning was pretty awkward and Chris Harrison actually stepped in: "We all came here to be in Paradise. In the matter of one night, you turned it into Hell." Chad was disrespectful to everyone, including the hotel staff so Chris actually sent him home. YAY Chris!!

There's a difference between a little drama, but Chad is violent, rude and belligerent. So happy to see him go.

Not happy that it ended as a "to be continued..." though. And the previews give me an idea that Chad is going to somehow show up again. UGH. It sucks that the first episode was so focused on Chad but I guess it needed to be to get everyone to see why he needed to go home. I can't wait for next week!

Let's call it the Pink Paradise! 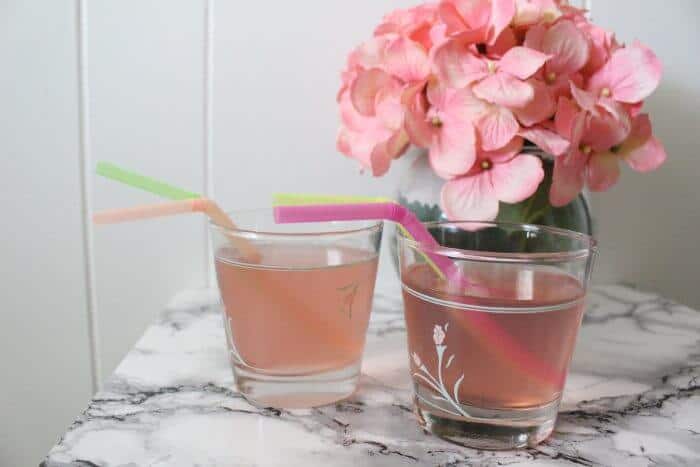 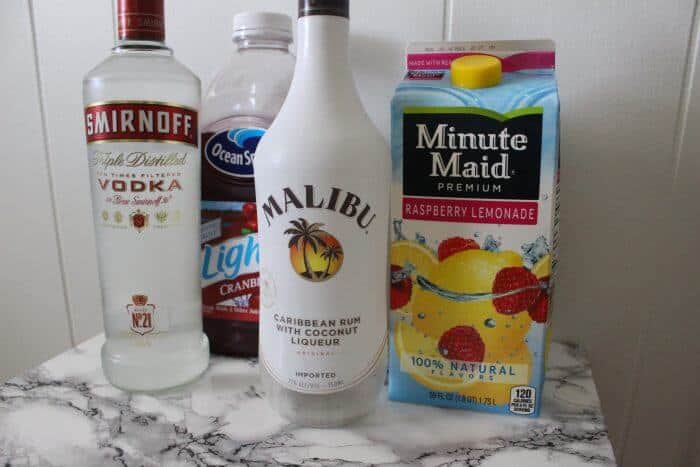 Simply combine 2 parts Malibu, 1 part vodka and then add that to your glass half full of raspberry lemonade. Top it off with a splash of cranberry juice (or more if you'd like) and enjoy! 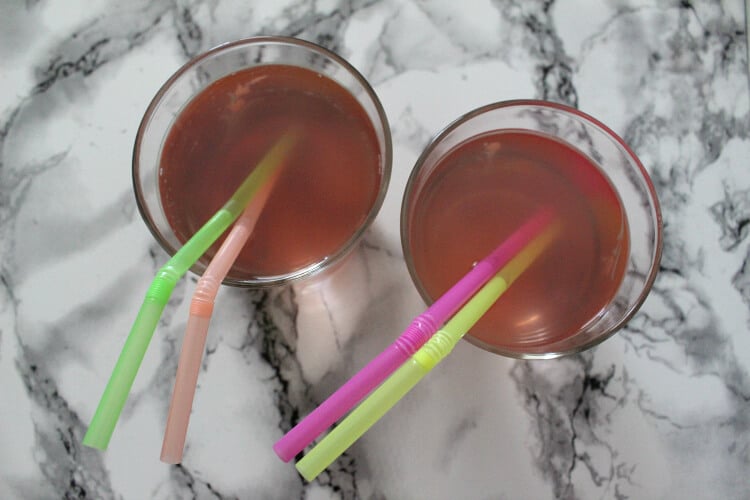 They are delightful! Perfect for a Made with Happy Hour in Paradise!

CHECK OUT OUR OTHER BACHELOR IN PARADISE COCKTAIL SERIES