We recently set sail on our second WDW Cruise and we have gotten A TON of questions about what is really like inside Disney Dream Cruise Ship, so we're breaking it down for you.

I have gotten a number of different comments  and questions from readers and friends over the last couple of years about Disney cruises, and I thought I would answer those

Is the Disney Cruise all kid activities and a ship full of kids running around?

I'd be lying if I said there aren't kids aboard the ship seeing as it is family vacation, but there are definitely not kids running around like wild banshees. The ship is essentially a large resort on water, and you see kids just as you would walking around the resort, and in the kid/family activity areas like the pools and water slide. In all honesty, I get anxious when there are kids running crazy and I can assure you that wasn't the case around the ship.

In terms of the all kids activity question, I would say that is DEFINITELY NOT the case. There are certainly kid areas within the boat and the kids club is definitely all kid focused, but there are so many activities throughout the boat that are for all ages. There are a number of adult only designated areas including pools, bars, activities, spas and restaurants.

The thought of being stuck on a boat for 4 days sounds so boring.

Boring is the last word I would ever use to describe a Disney cruise. In fact there are so many thing to do, we haven't done everything and we've been on two cruises. I keep going back to the analogy of a resort on the water. There are so many activities one the boat for all ages. Here are just some of the activities

Pool and Water slide Fun - The main pool deck has a few pools where the kids can have all kinds of water fun. There is a smaller kid splash areas as well as a smaller kiddo pool. (P.S. Look its me in the water slide) 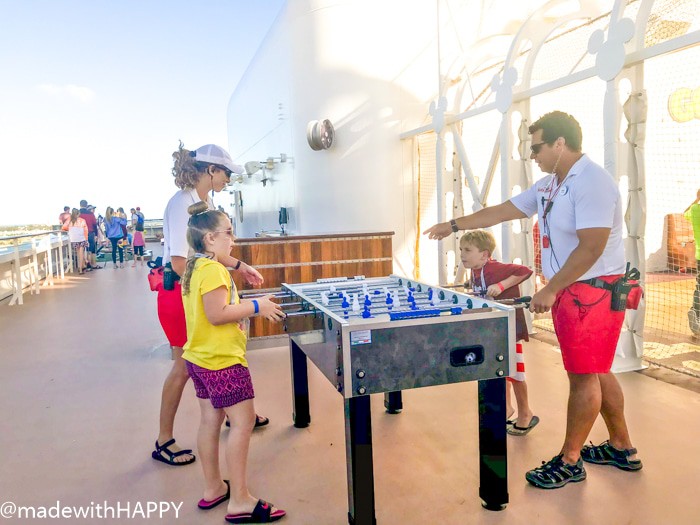 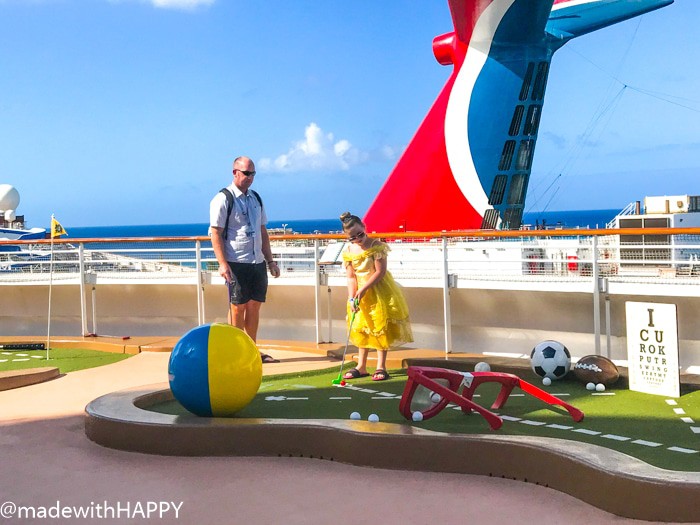 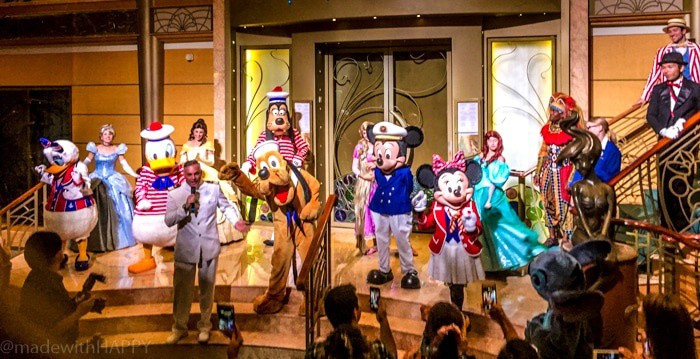 Character Meet and Greets - If your kids are anything like mine, they go BANANAS seeing and meeting the characters. 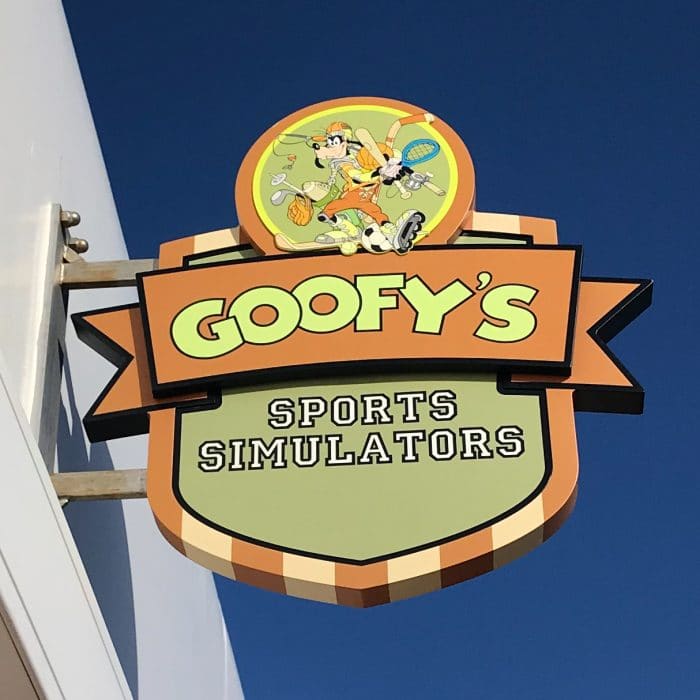 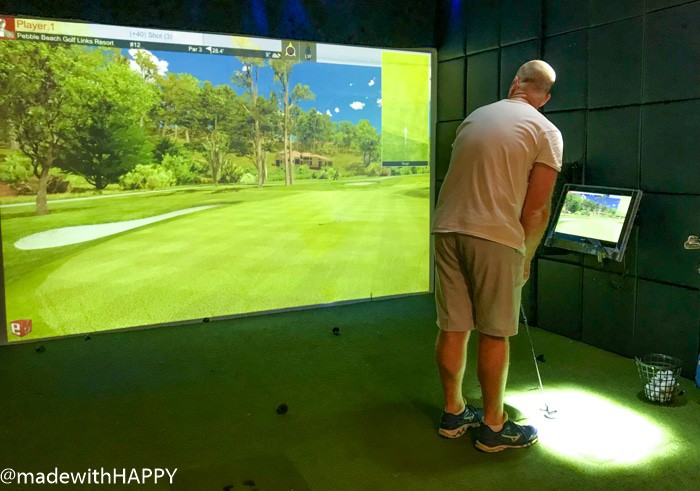 Sports Simulators - I'm putting this in the family category as children 13 and older can participate. Under 18, you have to be accompanied by an adult. Craig had fun on the golf simulator playing Pebble Beach. 🙂 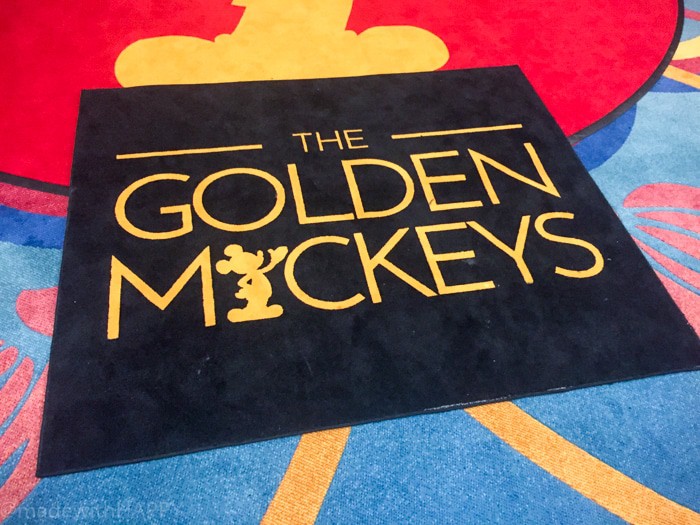 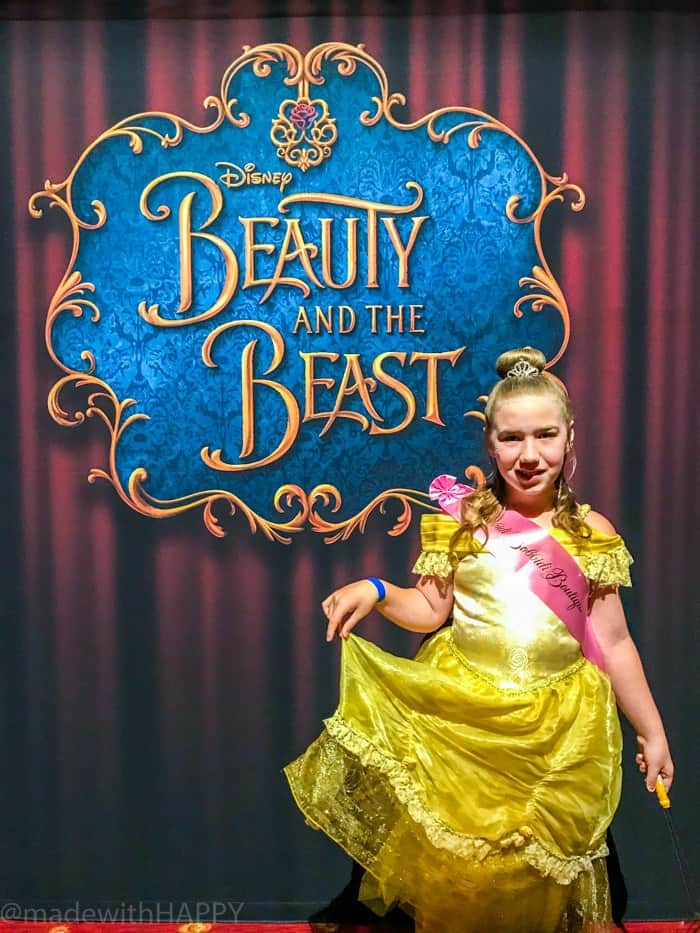 Shows - Each night there are full blown musical Broadway shows on the ship and they are absolutely magnificent. They truly are world renowned musicals and fun for the entire family. 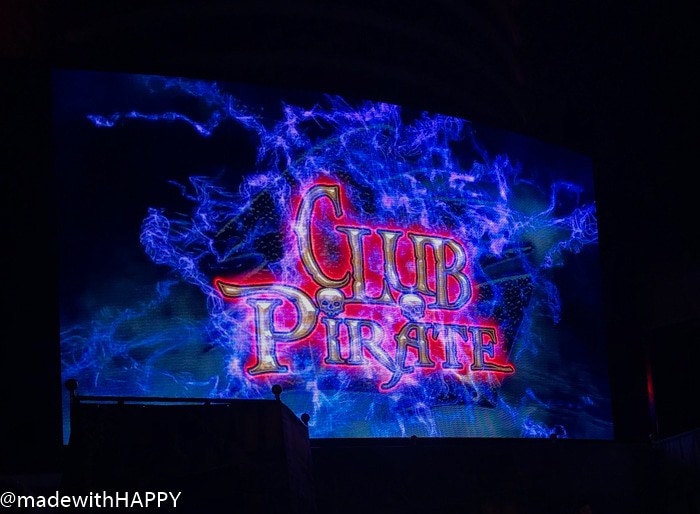 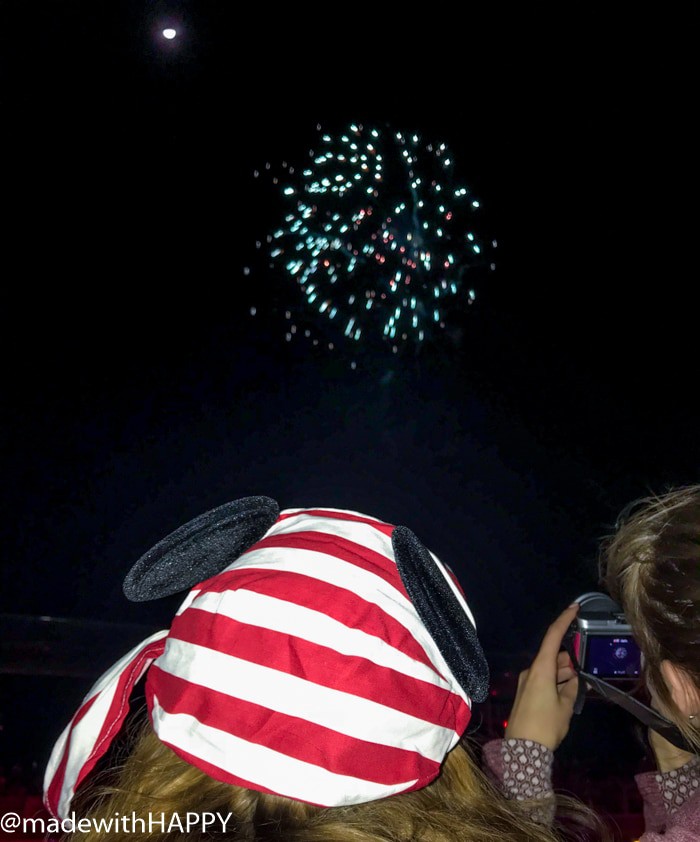 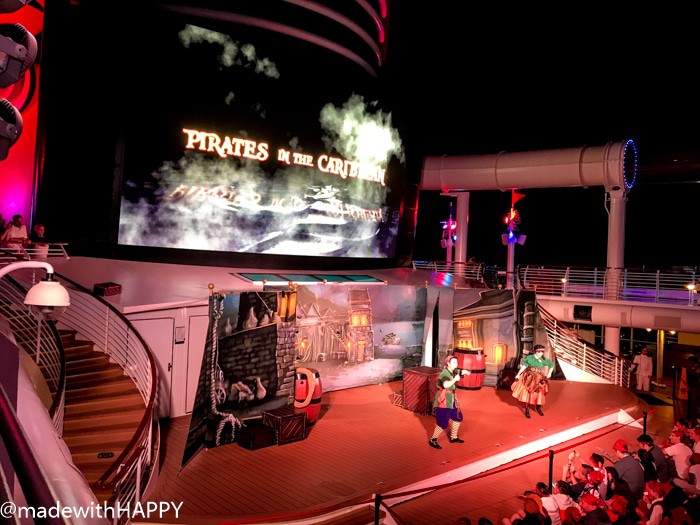 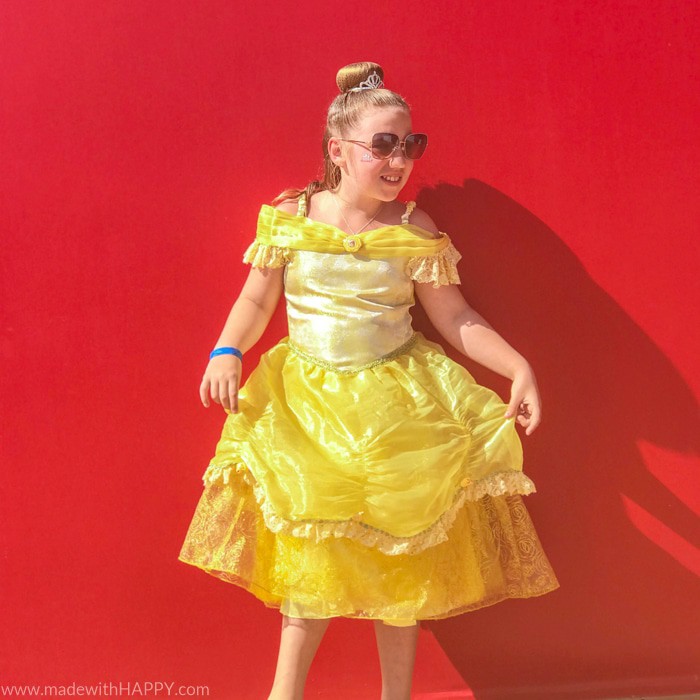 Bibbidi Bobbidi Boutique - A fun salon for your princess or knight to be transformed into their favorite character. They can become princesses, princes, pirates, captains, star wars even. So much fun for the 12 and younger crew

The other thing I wanted to mention is we never really felt like you aren't "stuck" on the boat. For the Disney Dream, there are two stops.

The first of the stops is in The Bahamas! For no extra charge, you are able to exit the boat and spend the day in Nassau Bahamas. They had excursions you could pay for taking you on a tour of the island or spending the day at Atlantis Hotel Bahamas. We had fun exploring downtown Nassau.

The second stop of the trip is to Disney's private island Castaway Cay. This is a full day of fun in the sun on a beautiful island in the Bahamas. There is certainly nothing boring about that!

I get motion sick pretty easily, would I get sick on the boat?

I am going to be honest with you, I get motion sick pretty easy on boats and cars and I didn't feel sick at all on either the Disney Dream or the Disney Wonder. We brought sea-sick wrist bands, but never ended up using them. I spoke to a a few  others that tend to get motion sickness and most never felt a thing. One family did say that they felt it the first day as that is the major travel day and the speed and the currents might have some effect. If you tend to get sick, I would definitely bring bands, patches, and any medication in the case that you do.

I am not a "Disney Person" and so I don't think I would like a Disney Cruise.

This is a funny one that I get A LOT. What is it to be a "Disney Person?"

I think those of us that are giddy over different pairs of Minnie and Mickey ears. You know about your Disney characters, you know Disney terms and lingo and are genuinely excited over all things Disney.

Understanding that it would appear that the Disney Cruise is only for "Disney People", I can assure you that is the furthest from the truth. Disney provides a level of detail and excellence to everything they do whether its the Disney Parks or the WDW Cruise! The cruise is put together so well and with such high standards and not over the top all things Mickey ears that even non-Disney people have told me that they just love the Disney Cruise.

They say the cruise is all-inclusive, but do you end up having to pay for all kinds of extras?I have been on cruises that charge for extras including soda and such, but that is not the case on a WDW Cruise. The only extras we ended up spending while on the boat were on adult beverages, the sports simulator Craig did, Sydney's trip to the Bibbidi Bobbidi Boutique, and our spancy dinner at Palo (that was $30 a piece) and that was it. We had incredible meals and and unlimited sodas, water and soft serve. We had as much entertainment as our hearts could possibly handle, and so it truly is all-inclusive as far as I'm concerned. 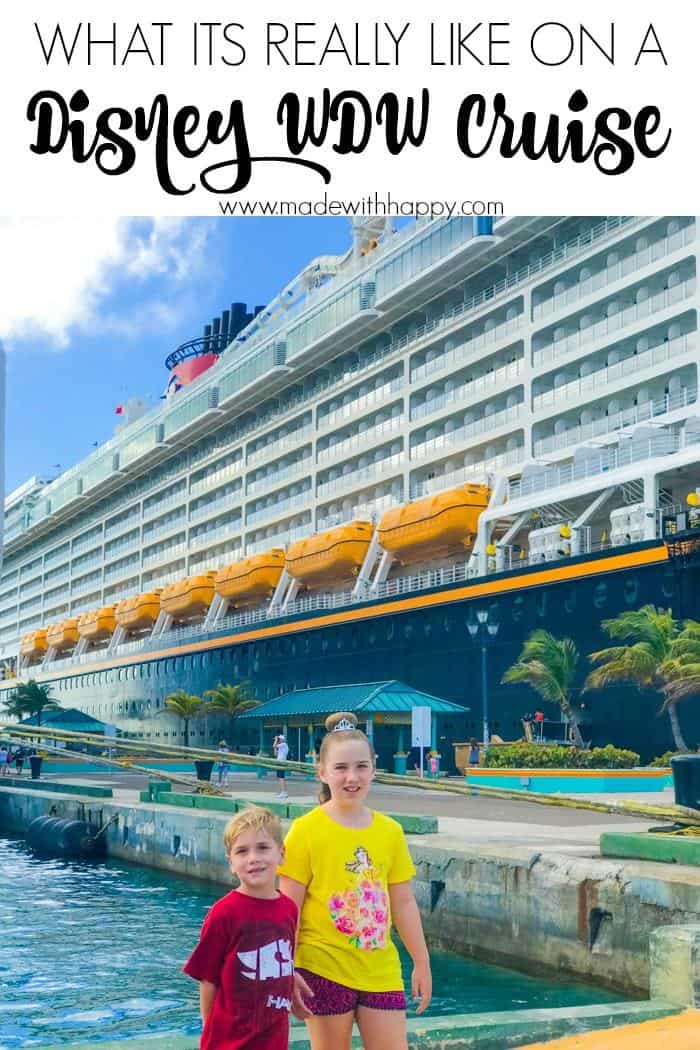 Some Other Family Fun Trip Ideas and Disney LOVE