As a mom of two boys, I was more than excited for the new Disney Pixar movie ONWARD. A story about two brothers going on an adventure? I knew my sons would love it! So I had to enlist my kids' help in reviewing this movie to really get that brother perspective. I'm also including some great ONWARD movie free printable activity sheets and coloring pages. Read on for our ONWARD movie review and more. 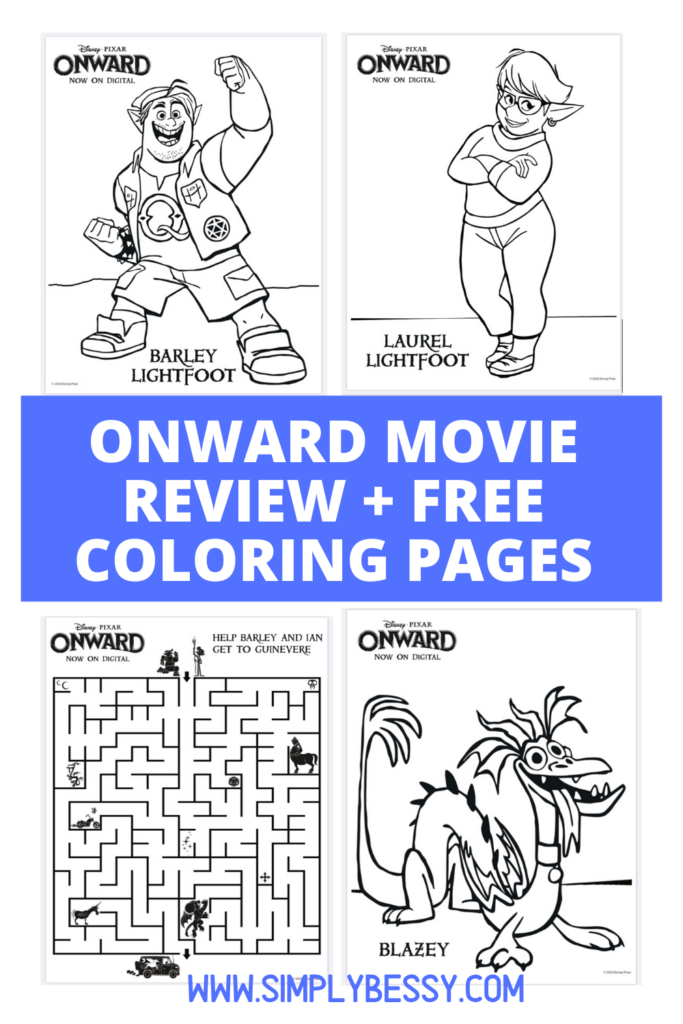 In ONWARD, teenage elf brothers Ian and Barley Lightfoot (voices of Tom Holland and Chris Pratt) get an unexpected opportunity to spend one more day with their late dad, embarking on an extraordinary quest aboard Barley’s epic van Guinevere. Like any good quest, their journey is filled with magic spells, cryptic maps, impossible obstacles and unimaginable discoveries. But when the boys’ fearless mom Laurel (voice of Julia Louis-Dreyfus) realizes her sons are missing, she teams up with a part-lion, part-bat, part-scorpion, former warrior – aka The Manticore (voice of Octavia Spencer) – and heads off to find them. Perilous curses aside, this one magical day could mean more than any of them ever dreamed.

Review From a Mom's Perspective

I had a feeling ONWARD was going to be emotional (as all Disney Pixar movies are) but I was hesitant to watch it since I myself am a mom to two brothers. After hearing great things from friends I knew I had to watch it and give it a chance. For me this movie is a true testament of relationships and the bonds we have with others. Ian and Barley have such a beautiful friendship aside from being siblings and I loved seeing it grow throughout the film.

Disney Pixar is notorious for taking real life issues and portraying them in a whimsical way and ONWARD us no different. Taking the real heartbreaking story of two kids just wanting to spend one more day with their dad who passed away and setting it in this fantasy world is classic Disney Pixar. This was my favorite part of the whole film. Being immersed in this special fantasy world where unicorns, magic, fairies and centaurs are real was a real treat.

If I had to rate this movie I'd give it 5 out of 5 stars. I really enjoyed the story, the fun setting, the complex characters, and of course the emotional connection. Not to mention the adventure Ian and Barley embark on is really entertaining too! Like I mentioned, I watched ONWARD with my two sons and kept tearing up looking at them and then looking at the screen. Just thinking about the special bond Ian and Barley have made me super emotional about my own boys. Case in point, if you're a mom of boys grab the tissues, this is a tear-jerker.

My two sons, Jacob (8) and David (10) watched ONWARD with me and I asked them to give me their honest review of the movie from the point of view of two brothers. Here's what they had to say.

David: I liked the movie because it was about two brothers heading on quest! My favorite character is Ian because he learned all the cool magic thanks to his brother Barley. I think the lesson of the movie is brothers should get along and be nice to each other. Everyone can watch ONWARD even if it's two sisters, the movie is not just for brothers.

Jacob: I thought it was good not super awesome. I thought something was going to happen in the movie that didn't but other than that I liked it. No spoilers! I like that the movie was about brothers helping each other and always being there for one another. I give it two thumbs up! Oh and I wish I could do magic in real life like in the movie.

As a special bonus, here are some fun and FREE printable activity pages! Below you'll find memory games and coloring pages you can easily print for more ONWARD fun with your kids. 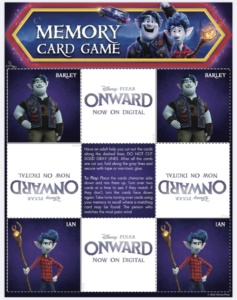 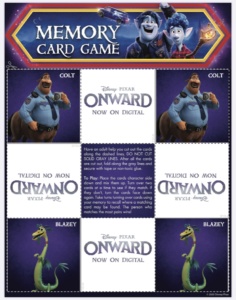 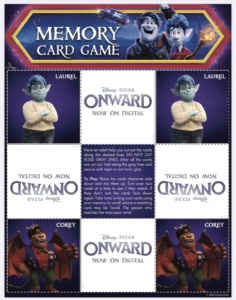 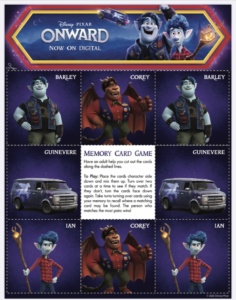 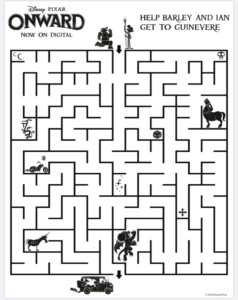 Here are the Onward coloring pages. 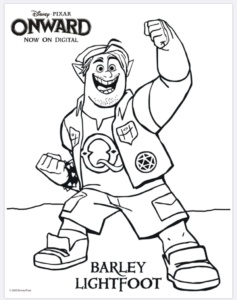 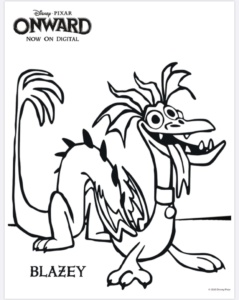 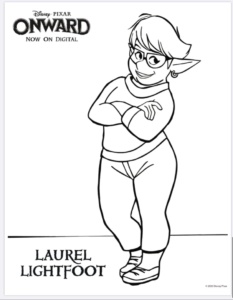 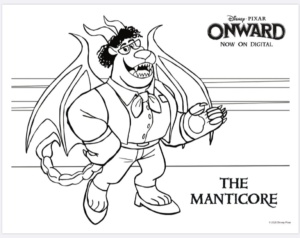 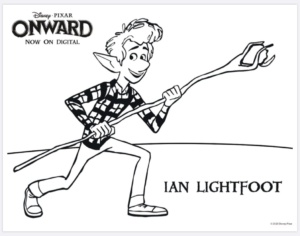 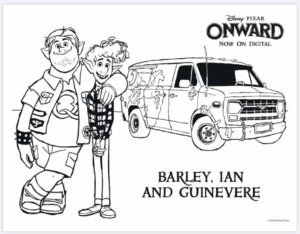 Disney and Pixar’s ONWARD is available to buy digitally and on Movies Anywhere NOW and will be on Disney+ on April 3rd in the U.S.

The film premiered in theaters on March 6th and earned rave reviews from audiences, including a 95% Verified Audience Score on RottenTomatoes.